Over Exposed is a London based Outside Broadcast Company and has 2 purpose built outside broadcast units that are out on the road keeping the OB side of the business up and running. We have experience working for clients all over the UK and internationally providing Outside Broadcast Facilities and Services for a range of projects for broadcast, live streams, event streaming, webcasting, Facebook Live, Youtube Live, Big Screen & festivals.

We are based in London but operate nationwide and internationally and both units are fully flexible for a range of productions in SD, HD or 4K/UHD. We can cater for up to 16 HDSDI Cameras such as Arri Alexa/Amira/Sony F55/Sony F5 or 10 Fibre/Triax camera channels as well as multiple EVS/VT Units for any production. Fully flexible and more than happy to work on projects on a small scale as well as the larger scale productions.

Our most memorable job to date is a 6 camera outside broadcast for one of the Premier League Football clubs that went out on Sky Sports as well as the clubs website. This OB consisted of 1 X Helicopter, 1 X RF, 1 X Jib, 1 X Handheld Cameras and 2 Cameras on Long Lenses.

Our most challenging job was in June 2016 when a client of ours called up and asked for a 2 camera live OB to go out on channel 4 with the location up beyond Manchester (were based in London) on the SAME day.  From phone call to fully rigged OB and on air with a 4 hour drive was 7 1/2 hours and everything went down perfectly! 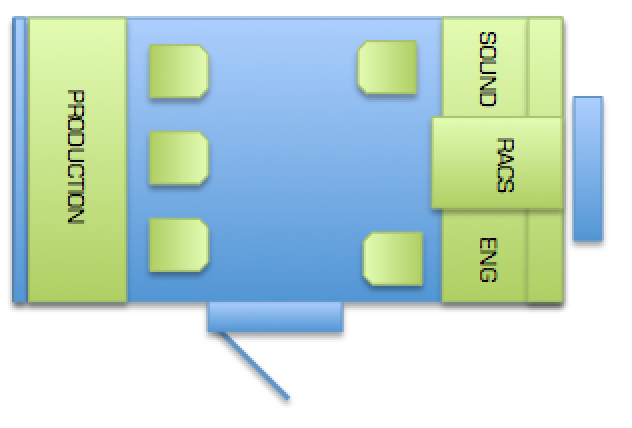 Over Exposed OB1 was built in June 2016 and is the newest addition for our company. Comfortable seating for 8 people inside with Air conditioning and even a coffee machine! OB1 was designed by us from chassis upwards and is one of the most flexible units in the Outside Broadcast industry. This unit is perfectly designed for the jobs where you simply don’t have the space for an arctic lorry but still want the same results.

Over Exposed OB2 was built in 2015 and replaced our older Mercedes Sprinter OB. OB2 has been designed by us from scratched and is unique as its small enough to fit into the standard sized parking space/out on the street without any parking restrictions e.t.c. whilst still being able to deliver the results of a much bigger unit.